Independent Record Label from New Zealand ready to take its roster onto the Global Stage.


After building the foundations of their company structure and recruiting local talent, None Entertainment has sold out various shows across their country and are ready to expand to a showcase to a global audience. 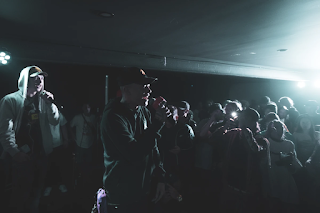 None Entertainment is an emerging independent music label from New Zealand. Run by a talented and experienced team that provides solutions for various artists, DJs and entertainers, None Entertainment is at the forefront of expanding the ever-growing New Zealand entertainment industry. With in-house specialists in music production, engineering, artist management, event planning and management, communications and PR, high-end videography and photography, None Entertainment is a full-service establishment for all creators.
Unrivalled in their ability to market events and promote signees through the use of organic grass-rooting in the highly competitive entertainment industry, None Entertainment has hosted nation-wide events such as their  highly-successful “O The Top'' shows, which was sold-out in every major city, to build their brand and increase their reputation in the New Zealand community. They are focused on building strong relationships with various community-based organizations to help provide opportunities for talented individuals to showcase their talents to the world. By creating a platform and building infrastructure that can empower those that might not have access to production and recording equipment, None Entertainment is focused on building a structure that provides the platform to those that want to have a career in entertainment. The leadership group has a strong focus on connecting with the youth and believing in the next generation of talented individuals who will uplift New Zealand into the mainstream of the entertainment industry. 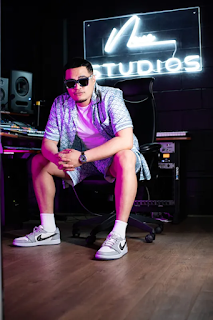 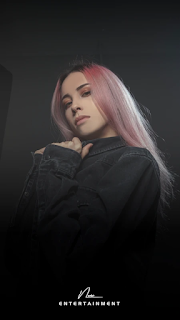 We are an entertainment company focussed on changing the music industry and standards in New Zealand. We have been building the foundations for the last year concentrating on building our network and company structure. As CEO, I envision None Entertainment to be at the forefront of change and uplifting our communities and allowing them to shine on the local and international stages. We want to create an environment of progressive talent incubation and artist development and be the go-to destination for young talent in our country. We believe in the pool of untapped talent in New Zealand and are committed to building the best team to enhance their creative output. – Mark Callan, Co-Founder and CEO
By working directly with each member of the label, None Entertainment has a mission of scaling its reach to the Australasian, European and American audiences. Their team has a strong belief in New Zealanders’ ability and talent and aims to be the bridge between them and the global markets. None Entertainment aims to be the leading destination for all entertainers with strong ties to local and international booking agencies to grow each individual's network and brand.
With my experience working in the entertainment industry across Asia, I truly believe that New Zealand has the potential to rise and get to the top. Our goal at None Entertainment is to be the bridge between New Zealand and the overseas audience by creating opportunities for our local artists to reach new heights. We want to open up the doors for our local talent by providing them with the right tools to enhance their sound and talents and to capitalize on the growing global entertainment industry. – Ho Lee, Co-Founder and Head of A&R
With talent-incubation ability only matched by the larger major record labels in New Zealand, None Entertainment aims to continue to expand their roster of signees which includes rising rap-star “Sauce40”, New Zealand’s top-rated DJ “Zeroz”, and YouTube sensation “Ryder” from ‘The Cougar Boys’.

“Sauce40”, recently known as “Y3K$”, is an up and coming artist from a small town called Huntly, located in Waikato, New Zealand. His name is derived from, ‘Sauce’ meaning his drip style, while ’40’ represents his day-one childhood crew.  With his last singles under his previous name doing considerable numbers, Sauce40 has been showcasing and improving his diversity and adaptability to various styles of music. His sound still has elements of hard/trap rap, but after experimenting with his voice and putting in hours in the studio, he has increased his ability to create more melodic music and has used that to his advantage to increase his listening audience.
“Zeroz” is a multi-faceted DJ who is bringing new dimensions to the music industry by incorporating a variety of genres and sounds suited to various crowds. Zeroz is influenced by the different cultures she was exposed to during her upbringing with a mixed ethnicity of half European and half Chinese. She currently has a residency at Face Night Club Auckland, and is managed by None Entertainment. She has performed at a multitude of showcases and venues across New Zealand including The Roxy, Round 6, Infinity Club, Face Club and Raynham Park. Supported by her large following, Zeroz was voted 1st in New Zealand and 6th place within Australia and Oceania for DJANETOP’s Top DJs list. 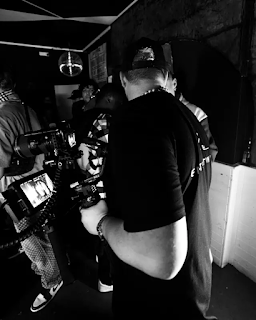 With a strong foundation set in stone and a company structure that is tailored to nurture talent, None Entertainment is ready to expand its global presence and put its roster into the eyes of the international audience.
Liam Suttie
Communications Director, None Entertainment www.none-ent.com 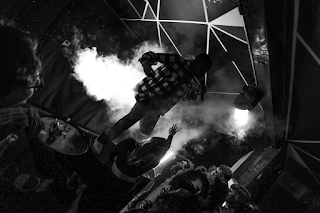