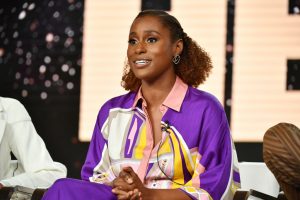 Issa Rae is on a roll. She just locked in an eight-figure TV and film deal under Warner Bros. studios. But recently on NBC Today, the inspiring multi-hyphenate creator, producer, director, and actor spoke on the bitter-sweet end of production on HBO’s Insecure. In her heartfelt interview, Rae said she was ready to let the show go and she knew where she wanted to end it.

“I’m definitely ready to let it go. I knew that I wanted to end it after five seasons,” she said. “And I feel like I’m really proud of this season that we’re shooting now. It’s so much fun, and it’s made me appreciate the show in a different way.” It’s worth noting that Rae, first got her break after viral success of her hit web series Awkward Black Girl. She was surprised when bringing her sensibilities to mainstream media.

“I was complaining a lot about, like, what I wasn’t seeing on TV. And, you know, this was creating a character and a world to be like, if I can do it, and I know mainstream TV can do it,” she said. “And so I was even surprised after the first episode, then I was like, ‘Oh God, I gotta write more and catch up.’”

Check Out Rae’s interview with Today below:

The post Issa Rae Dishes On Ending ‘Insecure’ appeared first on The Source.